We have received such sweet and overwhelming reactions to Vera’s website. Thank you! Several donations have come in already for which we are so thankful and happy. Thank you again! Unfortunately, we have had to switch quickly from all the positive attention to big concerns for Vera these past few weeks.

Two weeks ago we received a phone call from the pediatrician about some results that had come back for the many tests that had been done to figure out why Vera has been having ongoing issues with her bowels. It was bad news: raised values in 2 components of Vera’s urine that point to neuroblastoma. Vera has a greater chance of developing neuroblastomas, a form of cancer, due to her syndrome and the ongoing diarrhea could be caused by a neuroblastoma in her body.
Two days later an x-ray was ordered for her chest and we were called that evening with bad news. The x-ray showed several anomalies that could be tumors. Everything started to point in the direction of neuroblastomas and we were starting to get really, really worried.
Two days after that new tests and exams followed at the Academic Medical Center in Amsterdam where the pediatric oncology specialists are.

Our talk with the pediatric oncologist at the end of the day took a completely different turn however. The anomalies that were seen on the x-ray turned out not to be tumors, but two broken ribs and all of Vera’s bones looked very brittle. Apparently, Vera has quite porous bones and with that another medical issue. Vera will be examined for this in Utrecht this week to find out why her bones are so porous and what would be the best treatment option.
Now that the spots turned out not to be tumors, the neuroblastoma suspicions are a lot less and we will find out if further examination is necessary or whether a new check will be done in 3 months to monitor her for raised values.

And then there are still the long term ongoing issues with her bowels that have not been diagnosed yet. We will continue the search for answers after her bone examinations.

The past couple of weeks have been an emotional rollercoaster, we were very concerned about cancer and the doctors seemed to be preparing us for this. As it turns out, cancer appears not to be the case, but our girl does have another added issue: porous bones. And the bowel problems continue to exist. 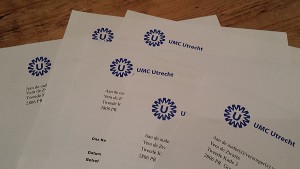 In the coming week things will still be tense with 5 appointments in the hospital. We hope and pray for a good outcome and effective treatment.  In the mean time we buckle down tightly again for the next rollercoaster ride.